The history of Black German children born to white German women and Black military service men after 1945 has been uncovered in Yara Collette Lemke Muniz de Faria’s groundbreaking study Zwischen Fürsorge und Ausgrenzung, that looks at the many ways in which German officials, welfare organizations, the church and politicians tried to either integrate these children into a nation they imagined to be white, or to get rid of them through emigration and international adoption; similarly, Heide Fehrenbach’s Race after Hitler has analyzed the perception and representation of Black American men and their white German partners as well as the discourses and practices the existence of their dual heritage offspring triggered in the immediate aftermath of the Nazi regime.

In my own research project, I aim to add to this existing scholarship by focusing on the U.S. discourses on those Black German children who have been adopted by (mostly African) American families between the mid-1940s and the end of the 1950s. I am interested in the contentious debates their adoption provoked among social welfare workers, non-professional adoption activists like Pearl Buck and Mabel Grammer, and civil rights advocates. One aim of my project is to get a better understanding of what prompted African American couples to adopt a Black child from abroad, and to understand the nuanced, sometimes ambivalent responses to these adoptions from civil rights groups. What I would like to stress is that lobbying for the adoption of Black German children must be analyzed with regard to the civil rights movement of the 1950s, the integrationist discourse of a colorblind society as well as the domestic adoption landscape in the United States.

Significantly, Afro-German children represent the first organized transnational adoption primarily on the basis of race, yet the historiography on intercountry adoption is largely dominated by studies focusing on Korean children. Including Black German adoptees’ histories into this scholarship thus adds to our understanding of the emergence of transnational and transracial adoption. While adoption activists and non-professionals were in favor of these intercountry adoptions, social welfare agents and, what might be surprising to some, civil rights leaders, were less enthused. Exploring the contested debates reveals, I argue, that discourses on civil rights, on racial identities and national belonging as well as on idealized notions of “the American family” intersected in the social practice that became transnational and transracial adoption. 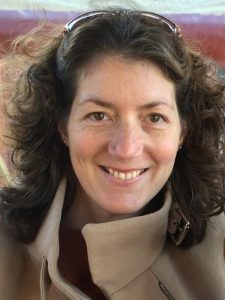 Silke Hackenesch is an assistant professor at the Institute for North American History at the University of Cologne. She specializes in 20th century Childhood and Adoption Studies, African American History, Commodity History, and Black Diaspora Studies.

Currently, Silke is editing the volume Making Families Across Race and Nation: The Histories and Politics of Transracial and Transnational Adoption (forthcoming with Ohio State University Press in 2021); and working on a manuscript tentatively titled ’My Faith in Americans is Renewed with every Adoption’: Transnational and Transracial Adoptions in Postwar America“ which looks at discourses of racial identity and national belonging in relation to intercountry adoptions to the United States.

Silke’s work has been supported, among others, by the German Academic Exchange Service (DAAD), the Thyssen Foundation, the German Research Foundation (DFG), the Society for the History of Children and Youth (SHCY), the Alliance for the Study of Adoption and Culture (ASAC), and the German Historical Institute in Washington, DC.