African sources and the rewriting of German colonial history in Africa: the case of the project Africa’s Collective Memory

For a long time, the historiography of German colonization in Africa has ignored African sources and focused almost exclusively on the written documentation provided by colonial Germany. The administrative documents of the former German colonial Empire now constitute a large part of the so-called “national archives” in the former German colonies of black Africa. However, this written, exogenous documentation presenting the version and the vision of the former oppressor in his language becomes the basis of African researchers working on the German period in African and European universities. So, one is tempted to ask the following questions: How can we objectively write the German colonial history in Africa using mainly the sources provided by Germany and in German language? Are there African sources to counterbalance the exclusivity reserved for these exogenous written sources? In order to answer to these questions Pr. Kum’a Ndumbe III, a Cameroonian Germanist, political scientist and historian set up in 1981 a research group called “Souvenirs of the German colonial era in Cameroon”. Based on the methods of oral history, this project consisted of interviewing (1981-1986) 176 very old Cameroonian victims of German colonization in Cameroon between 1884 and 1916. This project, renamed “Africa’s Collective Memory“, is working up to now to set up a database of oral sources in African languages about the version of African people on the German colonial tragedy in African societies. These raw oral data translated into French, English and German now provide the historiographical research with a solid foundation for a new exploration, interpretation and rewriting of the German colonial past in Africa. The purpose of this paper is to present the genesis of this project, its scientific approach, its difficulties, its failures, its success, its results, its current international, scientific and artistic implication as well as its issues in the domain of historical research. 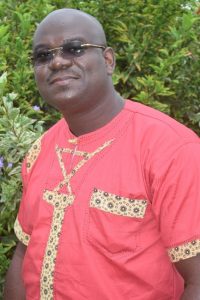 Ngong Bertrand Collins is a young Cameroonian researcher and writer passionate about culture, languages ​​and literature. He holds a Master II degree in German studies and a master’s degree in Negro-African literatures and civilizations. Specialist in African oral literature, he is currently preparing a doctoral thesis on the spoken word in the duala tradition. He is also a scientific and publishing assistant by Fondation AfricAvenir International, where he works in the framework of the international scientific project: Africa’s Collective Memory.