Rewriting the Script: A Swiss-German screenplay 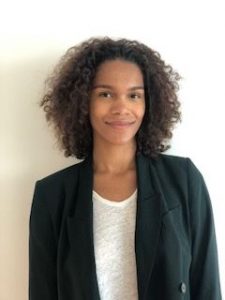 Growing up in Switzerland as a biracial child of immigrants, I came to appreciate literature that illustrates the struggles of having a hybrid identity and that offers possibly ways of finding one’s way out of isolation. Literature has a unique way of explaining the world, even as it presents an escape from it. German authors of the 18th and 19th centuries, Heyse, Kleist, and Kafka depicted Blacks in their in-betweenness and struggle to be included in society. In doing so, they produced a novel sensibility toward the Black minority group and centralized Othered bodies in Eine Verlobung in St.  Domingo, Medea, and Ein Bericht an die Akademie. Literary works of the past centuries such as these can inform us of how far we have evolved in story-telling and representation as well as the ways we continue to reproduce the same ideas of people cast away to the periphery of national borders. The recent discourse on intersectionality and critical race theory have motivated me to create a literary piece representing various Black characters within Switzerland, a country with neither a colonial past nor awareness of being a destination in the African diaspora. Biographies of Black Swiss trailblazers such as Urs Althaus’ and Black German history writers and shapers such as Wilhelm Munumé, and May Ayim, as well as modern-day figures including Zazie Beetz, informed me of the complexity within a Black identity. I present a narrative that does not elicit pity from the reader through negatively connotated language and/or the focus on the character’s visible foreignness. With this screenplay, I hope to illustrate solutions to the unfree states of Othered bodies with a decolonial touch and contribute to a creative contemporary Black narrative.