Over the course of the Third Reich Germany’s small, resident Black community was subjected to increasing targeted policies and practices of persecution which contained at least the germs of a progressively racial annihilationism. The continued existence of this community, whose roots lay largely in the country’s former African colonies, was deemed to be incompatible with the Nazi’s vision of a racially exclusive Volksgemeinschaft (people’s community). Particularly following the onset of World War Two an increasing number of Black Germans were victims of sterilisation and incarceration. Acknowledgement of their victimhood in post-war Germany has, however, often been denied and wider knowledge of their experiences remains extremely limited. Drawing upon just over three dozen reparations claims, this paper looks at the difficulties Black Germans, their children and their white wives faced in seeking recognition and compensation from the West German state for what they had endured. It will argue that a mixture of ignorance about the details of Nazi policy and prejudice among claims administrators as well as an onset of colonial amnesia – a collective forgetting of Germany’s colonial past – impacted greatly on the ability of Black Germans to establish themselves as victims of the Holocaust. In turn this sustained their position, as well as that of future generations of Black Germans, as outsiders within wider German society. 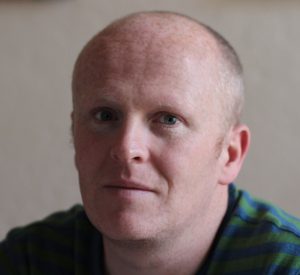 Dr. Robbie Aitken is Reader in History in the Department of Humanities at Sheffield Hallman University. His teaching and research interests center on the history of an African Diaspora in Europe, German and European colonialism, modern German and European history, constructions of race, and conceptions of blackness and whiteness.