Africana Studies invites you to a panel discussion, led by Dr. Eliezer Marcellus, that will share information about the history of Haiti with an eye towards raising awareness around current crises the country is facing. It will feature expert panelists in history, politics, and health care. 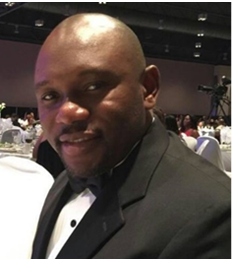 Dr. Prospère Charles has an extensive background in public policy and administration, academic areas where he got a master’s and a Ph.D. with honor. Dr. Charles is an adjunct faculty at Tuskegee University and a Research professor at University Quisqueya in Haiti. He is an advisor for major local and international civil societies organizations and a strategist on foreign relations and government networks. Dr. Charles led various global nonprofit organizations in the US and Haiti and contributed to the formation of critical grassroots movements and networks that focus on Black communities’ sociopolitical issues. Dr. Charles is the Co-founder of 1804 Institute, an organization based in Washington DC dedicated to supporting and influencing a democratic agenda in Haiti.

Dr. Charles has published articles in academic journals such as the Governance Review and PA journal and featured in local and international outlets such as the BBC and Le Nouvelliste. He speaks fluently French, Spanish, English, and Creole and is currently working on his first book, “Causes of Poverty in Black Communities across America.“ 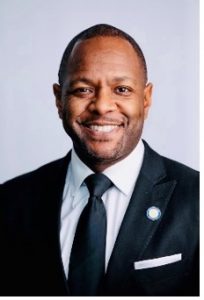 Mr. Stanley Neron is an experienced inspirational speaker, human service and social service advocate, and spiritual steward. His commitment and service to others manifest in many aspects of his life.   Stan holds a bachelor’s degree in Public Administration and collateral in Africana. Stan managed and grew the Office on Youth Services for over ten years before his promotion to Assistant Director of the Department of Health and Human Services for the City of Elizabeth. There he provided invaluable coaching and supervision to employees that are charged with providing quality services to some of the City’s most vulnerable residents to include seniors and children. His ability to manage successfully is a result of his entertainment career prior to public service. During that time, he worked as a writer, producer, filmmaker, and talent agent. He established deep rooted relationships with representatives from HBO, VIACOM, and Universal to name a few and was even nominated for an NAACP Image Award.

After the Haiti earthquake in January 2010, Stan co-founded New Jersey for Haiti, a coalition established to help provide relief and address long-term needs in Haiti. In 2013, Stan and his business partners launched a new venture, First Republic Restaurant and Lounge which focuses on fine Haitian cuisine, art and culture and is now an Elizabeth destination and has been recognized as one of the best Caribbean restaurants in New Jersey. Stan is a past President and currently serving in his third as Commissioner on Elizabeth Board of Education. On May 1, 2019 history was made when Stan was appointed to the Mayor’s cabinet as the first black Director for the City of Elizabeth Department of Recreation. 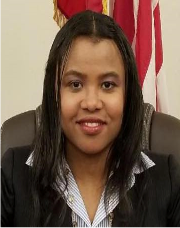 Mrs. Charnette Frederic was born in Cazale, Haiti, where she attended and graduated from Saint Trinitė, a primary school and later attended College Saint Pierre, a secondary school. In 1996, her twin brothers, mother and she rejoined her father in Irvington, NJ. She had an associate degree majored in Biology at Essex County College, graduated in 1999. She acquired her Bachelor degree majored in Biology minored in Chemistry at Rutgers University, New Jersey, 2001. Mrs. Frederic obtained a Master in Healthcare Administration (MHA) from Seton Hall University, New Jersey, 2005. She had a New Jersey licensed Nursing Home Administrator. As of 2019, she is working to become a Ph.D. candidate majored in Biochemistry at Seton Hall University. From 2002 to 2018, Charnette Frederic was a Senior Scientist at Roche Molecular Systems, a division of Hoffmann-La Roche, Diagnostic Company. Presently, she is working as QC Manager at Novartis. Mrs. Charnette Frederic was first elected in Irvington Township on May 8th, 2012 as the West Ward Council member and was sworn in on July 1st, 2012. On May 13th, 2014, she was elected as the council-at-large, was sworn in on July 1st, 2014, and became the council president from July 1st 2014 to July 1st, 2016. Mrs. Frederic was elected for another term from 2018 to 2022. She is married to Joseph Betissan Frederic with one amazing son. Councilwoman Frederic is known for mobilizing the community and rallying support for worthy causes. She received various awards throughout the United States for her community work in Irvington. She founded Charnette Frederic Civic Association, a non-profit organization 501(c)3, committed to create opportunities for people to come together and celebrate the community, coordinate activities, and develop projects to promote community involvement. She championed sustainability in Irvington through Irvington Green Team. Mrs. Frederic is passionate about serving Irvington community.